A dirge for them, a praise for them

Some time ago, I thought I had written a poem to a Mexico City metro station. I never managed to sell it and I kind of forgot about it till yesterday when I realised it wasn't about a metro trip, it was a poem about all those women who are killed every day and, mostly, about those women who are marching, yelling, demanding for our rights to be respected, for our voices to be heard.

This is for them. 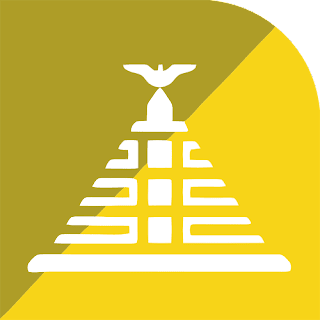 Our fathers killed our mothers.

Our fathers destroyed the temples of our mothers. —Four hundred years later, their sons replaced them with a fake pyramid. They put four tlatoanis and an eagle on top of it. Their sisters ended up nursing the concrete-made people at the base of the faux temple.

Then, they killed their sisters too. —They’ve been enslaving them, raping them, mutilating them. Killing them. KILLING THEM. KILLING US.

My sisters are underground riding the orange snake, building our new temples, surviving.

My sisters’ bodies disintegrate and become whole again with every step they take. Countless neutrinos are passing through them this very instant.

Measure the Doppler effect waves.
Count the steps
from the ship’s hatch
to the astral tunnel.

I’m passing through the gates.

Bathe in the lights of the aurora.
How long does it take
Cassiopeia to become
a scorpion?
How long have my sisters been traveling
through this celestial sphere?
Count the steps at the
end of the tunnel.

The fire, caused by our brothers, marked the walls with what they called monsters. Ridiculous and distorted, they try to destroy everything again. But our new temples are not made of stone.

“YOU CANNOT KILL US ANYMORE”