This is a mathematical kind of horror and a mutant kind of flash fiction at the same time. I believe numbers have their own way to tell stories.

The original Spanish version first appeared in Penumbria 13, September 2013. Translated into English by myself.

Mathematicians use to say that, among prime numbers, Thirteen is the most dreadful.

Thirteen is happy. He factorizes and adds himself, he squares himself. He's one.

Prime numbers inhabit the sieve of Eratosthenes, a strange building of infinite wonder. 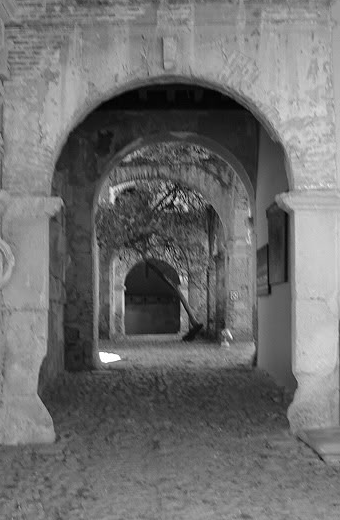 The sieve of Eratosthenes' elevator makes an actual stop in the 13th floor.

Thirty-one is afraid of looking in the mirror. Her reflexion brings bad luck.

In the hallways, they speak about those mathematicians who started a weird cult.

Mathematical monks count every moon of the year from the algoritmical Eratosthenes observatory.

Five and Twelve cry. "What Pythagoras has joined together..." Thirteen bares his teeth.