Hunting the nocturnal moth. Not so brief notes on flash fiction 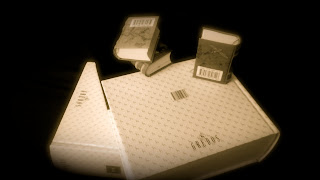 I
Writing about short fiction is like venturing into a misty uncanny field whose boundaries are blurred by the texts themselves, but forced to be rigid by the market. It’s been said that short stories, novelettes and novellas are not profitable, that they’re even a minor form of literature, a simple practice to achieve writing a novel —many publishers, editors and readers claim that—.

Some people think that the more words (therefore pages) in a book, the more valuable the text is because “writing more words requires a major effort than writing just a few words,” right? Some people tend to think that is better to pay 25 bucks for a 700-page novel than 15 for a 200-page short story collection since “they’re having more profit for their money,” right?

Are people more interested on purchasing paper rather than literary works? The answer should be no, but no one knows. Fortunately, the growing eBook market is changing that idea, invigorating the short fiction in new, interesting ways.

Short narrative forms —as well as poetry, drama and novel— have been here for long and surely will last as long as readers exist. So why not use new ways to tell stories, entertain and create literature.

II
David Huerta said that a novel is like going hunting a bison: A meticulous process that resembles life itself. Short stories, on the other hand, are like hunting a hare: It needs to be fast and specific so to catch the elusive animal. Short stories resembles instants, tokens of time.

“Literary hunting” must be consistent with the form for the “weapons” are not the same in each case. We can hunt a bison the same way than a hare.

Flash fiction, then, should be like hunting a nocturnal moth. Writing such a short text containing a whole universe, references and meaning should be a thoughtful sudden movement, made among the darkness. A black hole, immensely tiny and infinitely dense, that’s a well written flash fiction.

III
Flash fiction (sudden fiction, microfiction and so many other names) is not new. It’s been written since the ancient Greeks and Chinese wanted to condensate complete and complicated ideas in a single, simpler statement (just ask Zhuangzi and/or the butterfly about that). But contemporary literature has been more interested in this form and all its possibilities than in any other time.

Hispanic writers have been constantly experimenting with flash fiction —and publishing it— since the second half of the XX century. They’ve written theoretical essays and published several flash fiction collections. They’re sponsoring festivals and lectures about this peculiar kind of short fiction (and even discussing if twiterature —that one created on Twitter— should be added to the cannon).

English literature has been slower acquiring this form. But lately I’ve found that more people are interested —sometimes exited— about the micro universes of flash fiction; some editors are now encouraging writers to submit short fiction and experiment with short literary forms.

IV
Is short fiction better than longer forms like the novel? Of course NOT. They’re differently created and received. That’s why publishers, editors, writers and readers need to stop worrying about word-count and making apologias.